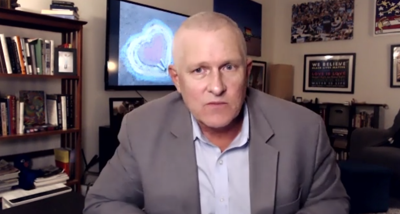 As the homeless crisis spirals out of control throughout his district, as his constituents are attacked and assaulted and fires burn on a daily basis, Councilman Mike Bonin is nowhere to be found. In the midst of the national and even international attention focused on Council District 11 he’s performing one of the most remarkable vanishing acts in California political history. The most remarkable part of all is that no one in CD 11 – for that matter, no one in the City of Los Angeles – cares. His constituents long have been more accustomed to him literally turning his back on problems than tackling, much less solving them.

Can anyone remember the last time Mike Bonin appeared in public, masked or otherwise? The last time he stopped by a local business, bought a cup of coffee on Venice Boulevard or a scoop of ice cream on the Boardwalk? When was he last spotted strolling Abbot Kinney with his family or rolling up his sleeves at a homeless encampment in Brentwood? These are the sorts of retail politics – for that matter basic human activities – that people expect as the minimum from their elected officials.

Is anyone sure he still lives in CD 11? That’s facetious, of course – but not by much. He’s such a non-presence that one wonders if he’s paid his utility bills (one also wonders just how he pays his bills, and with whose money – but that’s a story for another day).

You’d think he doesn’t even want the job anymore, the way he’s conducting himself.

How else to explain his deafening silence last week after a local 70-year-old man dancing joyously on the Venice Boardwalk was beaten by a criminal homeless man and the security guard at a local business was sent to the hospital in another vicious attack, within days of each other?

How else to explain allowing a colleague to show up first thing on a Monday morning to upstage and humiliate him in his own district, less than two miles from his house?

How else to explain his silence when yet another criminal vagrant (with a history of crime and “activism”) attempted to assault that council colleague with a knife in front of 100 onlookers, not to mention local media? Mr. Bonin didn’t so much as Tweet something like, “Glad my Council colleague is safe.” It’s incomprehensible.

Nor are these isolated incidents. Joe Buscaino joins Dr. Courtney Gillenwater, whose beloved rescue dog Togo burned alive in a fire many believe was set intentionally by a homeless person. He joins Nick “Tits” Redman, the young trans individual who intentionally overdosed in front of the Mar Vista Post Office in late 2019. Nick died less than a mile from Bonin’s cozy Mar Vista bungalow, another tragedy in CD 11 that didn’t disturb the councilman’s sleep schedule. They and too many others are on the list of people about whom Mr. Bonin expressed precisely zero damns. They are speed bumps to be driven over on his road to political ambition.

Soledad Ursua, who serves on the Venice Neighborhood Council Health and Public Safety Committee, says, “He has no idea what’s going on in Venice these days, not firsthand.” She says there’s a difference between seeing the images in the news and living them every single day. “Neighbors are basically doing his job for him at this point. Now he is embarrassed at how much we are doing and he’s suddenly trying to insert himself – via Twitter rants.”

Serious people once had fairly serious conversations about Mr. Bonin’s political future, his potential for the mayor’s office and even state office. No longer. The sum total of Mr. Bonin’s engagement with his district these days amounts to mostly irrelevant social media posts about things like tree plantings and new traffic signals, and occasional tweetstorms signifying nothing so much as his own inconsequence.

He did take the time to speak with the Los Angeles Times earlier this week about his “new plan” for homelessness. With apologies to The Who, his new plan is the same as his old plan. More than a decade into the crisis, he called his new/old plan a “sort of a warm up.” He wants to start in a few selection locations to test out … oh, never mind. If Bonin had been in command at Pearl Harbor on December 7th he would have ordered one gunner on one ship to see what it might take to shoot down a dive bomber, then workshop the results with the other gunners to develop a basewide strategy that could be implemented via a series of scaled steps.

He complained how tough his job is. Regarding the exploding levels of violence, mayhem, and death on the Venice Boardwalk he lamented, “Even if I were predisposed to do this Echo Park Lake-style [clean-ups], it’s really hard to do it in Venice Beach.”

As people are beaten and killed on the streets of his district, as entire swaths of the community descend into mere anarchy, the elected representative of the largest district in the second largest city in the United States is reduced to helpless inaction because the job is “really hard.” Ponder that a moment. Ponder it, and never forget that no one asked Mike Bonin to run for this position. There was no “run, Mike, run” movement in 2012. He wanted this job, he sought it, and he secured it.

And he is, in a word, really, really bad at it. In the private sector he’d have been fired years ago for gross incompetence.

Which is why it will be interesting to see if his financial benefactors throw good money after bad in the 2022 election, particularly if credible local candidates get into the race. Looking at the dumpster fire – literally – that is Mike Bonin’s political career, why would smart people spend money on him? When they can support people and groups who have been engaged and involved in the community since before he even moved to California, who’ve forgotten more about the west side than he’ll ever know?

In the end, Mike Bonin’s insignificance is a positive development for Venice, for CD 11, and for the City of Los Angeles. By making himself irrelevant he removes one more barrier to saving the city and envisioning a brighter future.

Mike Bonin arrived in CD 11 with a bang. Now his political career is ending without so much as a whimper.