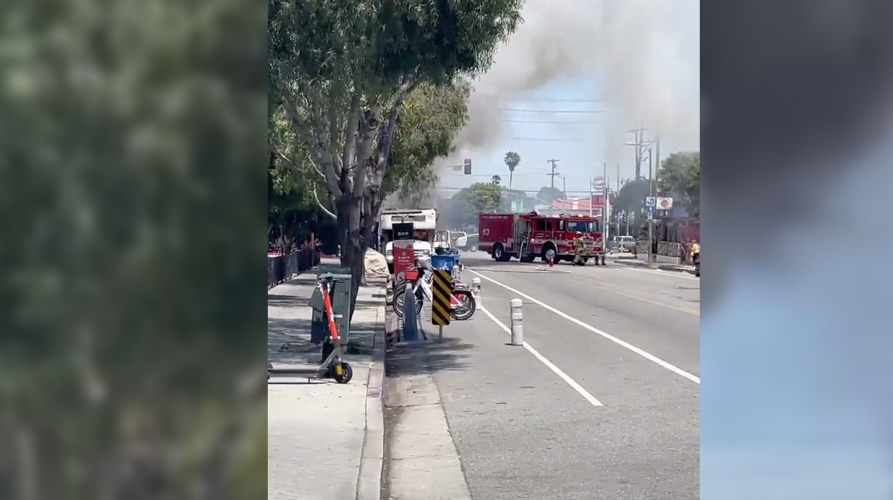 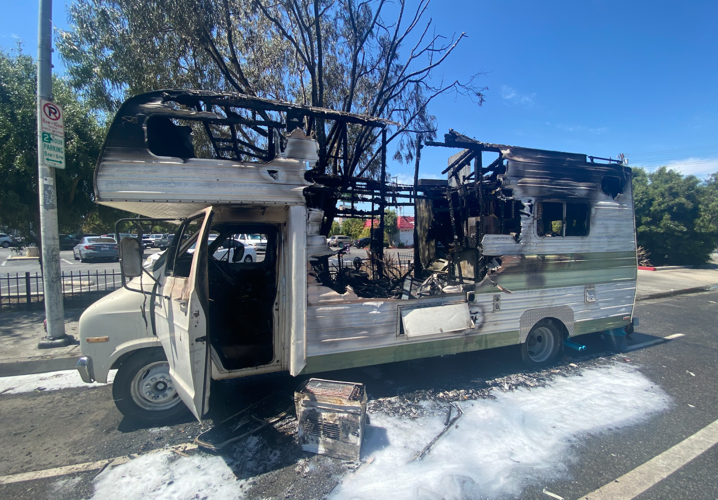 VENICE- A man was transported to the hospital with severe injuries when a motorhome caught on fire Saturday afternoon.

The Los Angeles Fire Department was called to the fire on Rose Avenue off Lincoln Blvd, near the Whole Foods at around 1:30 p.m.

The owner of the RV's wife, who asked to remain anonymous, told Westside Current that it was a freak accident and neither of them knew the cause of the fire that started inside the vehicle.

'I was standing outside when I heard my husband yell for help. He was trying to put out the fire with the extinguisher, but it wasn't working properly," the woman stated.

'I know some people may think living in an RV is strange, but we fell on tough times and are doing our best. Some people look down on us. I am sure many people are thinking RV, fire…no it wasn't because of drugs. Not everyone who lives in an RV is a drug user.'

'We are on a list to get temporary housing at the [Venice] Bridge Housing, but we were told it could take up to a year to get permanent housing.'

'With minimum wage, we can't afford the rent around here,' said the woman.

This is the sixth RV to catch on fire on Rose Avenue in the past 20 months.

Saturday: 1:45 p.m. One person was transported to the hospital with injuries from a motorhome Saturday.

The Los Angeles Fire Department was called to the fire on Rose Avenue, next to the Whole Foods.

A person passing by called 911 around 1:30 p.m., according to the LAFD. Firefighters say a witness saw a person jumping out of the vehicle.

The Los Angeles Police Department was called to the scene. No word on why at this time.