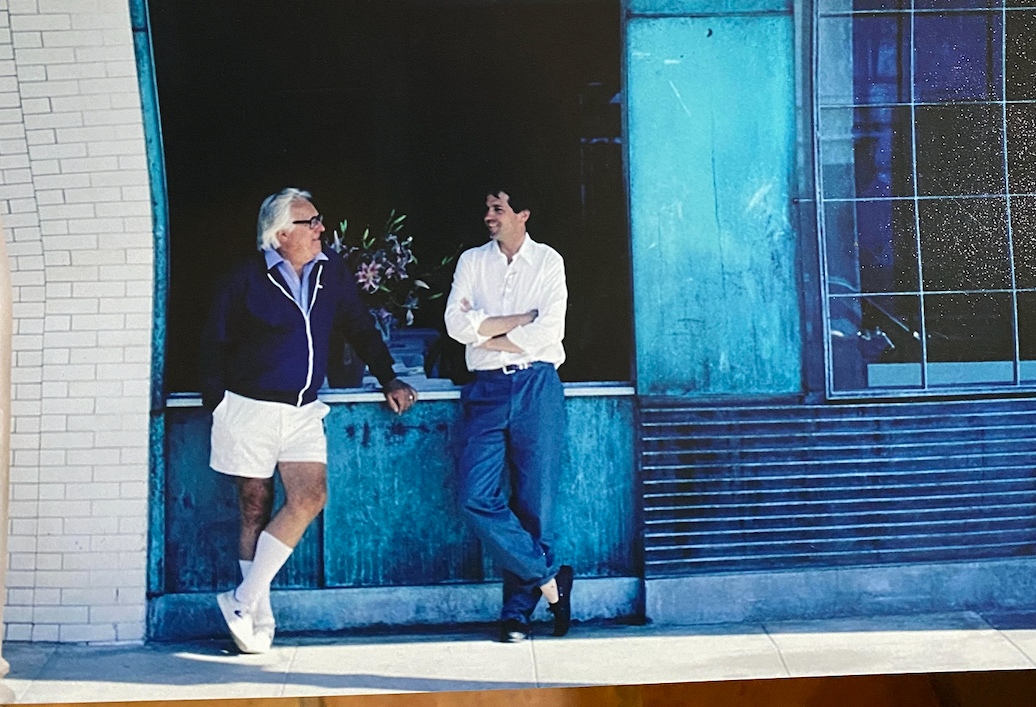 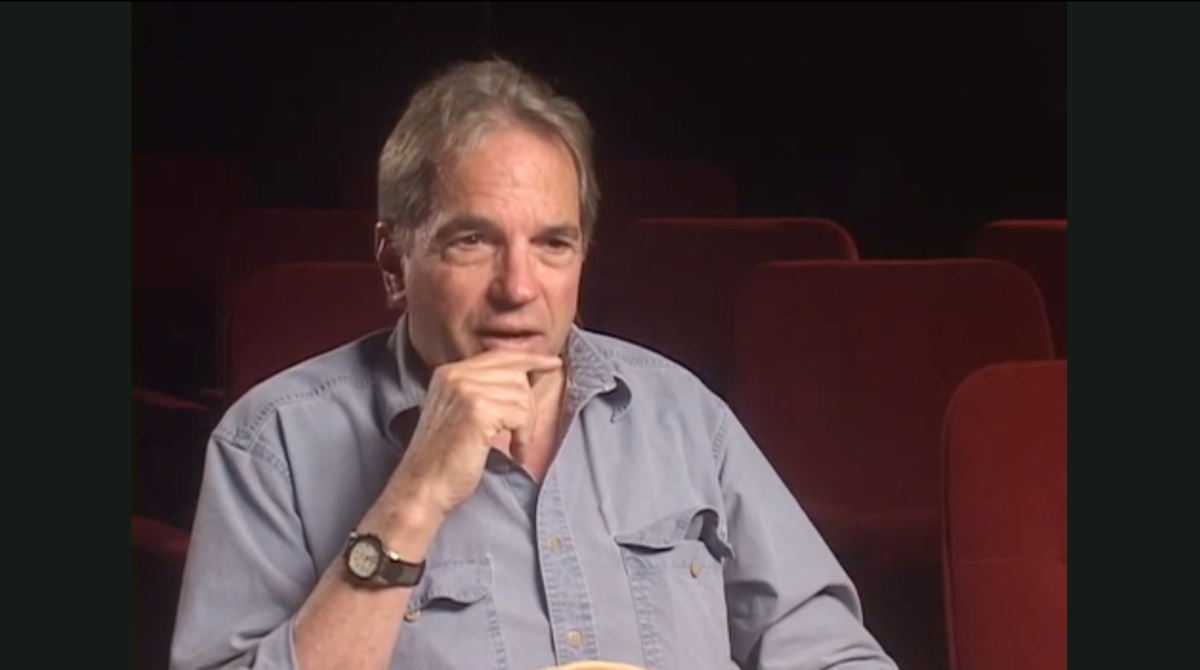 VENICE- “Venice actually kind of came to me,” said Tony Bill, an Oscar-winning producer, director and actor, explaining why he’s made Venice his home for nearly 40 years. “I had friends who lived in Venice in the 60s, early 70s. At the time it had the same reputation it does now.

Bill’s early producing success with The Sting, which won an Oscar for Best Picture in 1974, “had a nice payday” so he started looking to buy a place of his own after living in Los Feliz, the Hollywood Hills, Westwood, and Brentwood.

“I kept moving west until I ran out of land,” Bill said.

He said Venice was inexpensive by Los Angeles standards at the time.

“More importantly, Venice was filled with my friends who were not in the movie business,” Bill said, adding that access to his boat and nearby Santa Monica airport allowed him to indulge in his passion for sailing and flying.

Bill also bought a building on Market Street, which he used as a film studio while renting space to other filmmakers.

“He brought the film industry to Venice,” said Jack Hoffmann, a longtime friend of Bill’s. “Above all, he turned his back on the big studio lots, where the hustle was, to do with the film industry what so many artists do best in Venice—which is what they want, in the most valuable, unexpected way.”

Bill also built some duplexes with an architect friend at the end of Ocean Front Walk, where he lived with his wife, producer Helen Buck Bartlett, his partner in Barnstorm Films.

“When we got pregnant with our first kid we thought, you know, this living on the beach with a baby is not my idea of convenience. So, we thought, well, we'll move inland. We ended up going from what I used to call the newest house in Venice to the oldest house,” Bill said, adding that their house near Penmar was the manor house of the Machado family, 19th-century farmers who owned a large tract of land that encompassed Venice.

Prior to moving to Venice, the San Diego native Bill had begun an acting career in the 60s with an auspicious debut alongside Frank Sinatra in Come Blow Your Horn. After racking up credits in movies and shows such as Bonanza and I Spy, he shared the screen alongside legendary actors such as Rock Hudson and Ernest Borgnine.

“I didn't enjoy being a movie star,” Bill said. “Let's put it that way. I had no complaints about it, but it wasn't fulfilling.”

“I thought, why isn't anybody making a movie about the generic me, a young man just out of college, not a surfer, you know, not a dope. Anything that was about a person of my age at the time portrayed them as kind of shallow, silly and dopey. They were like ‘beach party bingo.’ So, I started wondering why nobody made a movie that I can relate to.”

Bill credits Blow Your Horn director Bud Yorkin and renowned TV producer Norman Lear with inspiring him to pursue his own vision as a producer.

“It became encouraging to me to think that my tastes, in literature or in movies or music or whatever, could find a place in the movie business,” he said.

Bill got his first producing credit with 1972’s Deadhead Miles, written by future Oscar-nominated director Terrence Malick. That was followed by Steelyard Blues then The Sting, both written by David S. Ward, with the latter film’s Oscar validating Bill’s producing instincts.

“So, I started sort of indulging my tastes. I'm saying, well, maybe there's room for me in the movie business, as a film maker, as a source of material.”

Despite steady credits as a producer throughout the 70s, Bill said he felt the same insecurity that often troubles artists.

“I came to feel, I think pretty accurately, that I didn't know anything, that I hadn't learned anything, that if there was a test, I couldn't pass it,” Bill said. “And so, for me, the answer to that was either to drop out of the film business, and maybe follow another interest of mine. It could have been sailing or designing boats, or it could have been architecture, maybe even aviation. But I thought, I really don't feel like I know what I'm doing. I really feel like I haven't learned anything. So, the only way to take the test was to do what the ultimate test of filmmaking is—which is directing.”

Optioning another first-time writer, Bill made his directorial debut with 1980’s My Bodyguard, which has achieved cult status as a movie dealing with school bullies.

“It was a pretty successful movie, so it kind of assuaged my doubts. It kind of put to rest for a while the embarrassment of really thinking I haven't learned anything right. Unfortunately, that doesn't last very long and I'm still back to not thinking I learned much,” the 80-year-old said. “That's why I say with sailing and flying, I know what I'm doing.”

Aside from his experience in the air and on water, Bill has shared his extensive filmmaking experience through books and the classroom. In 2009, Bill released Movie Speak: How to Talk Like You Belong on a Film Set. Blurbed by Steven Spielberg, the book covers “the secret language of movie-making.”

“Having spent a lot of time on movie sets, I was always enchanted by the terms that the crew uses,” Bill said. One day his wife asked him what a certain term meant, or where it came from, and he discovered that no one had ever written a book about the terms of the language of movies.

“It became kind of the go-to book for movie business people to learn about what they already know and for other people to understand the arcana, the weird language [of filmmaking].”

Bill is still producing, with books and scripts stacked on his desk where his Sting Oscar is perched on the corner.

He said he hopes his next project covers the California Gold Rush, a story he said jokingly he’s been developing for 40 years, ever since he attended a lecture by the author of what’s considered the definitive gold rush book, The World Rushed In.

“In the last couple of years, I've gotten real serious about it,” Bill said, “and I've started working on it, writing and researching and thinking about the idea of doing a limited series about it.

Even though Bill has worked on a wide variety of films, in front of and behind the camera, Venice has remained a constant throughout most of his career. Asked why he’s stayed here, Bill answers with his characteristic wit.

“I prefer clean air and dirty streets to the other way around.”

With over 100 IMDB credits, Tony Bill reflected on five movies he either acted in, directed and/or produced that capture the range of his film career.

Shampoo was an overnight change for me because Warren Beatty called and asked me if I could come to work in two weeks because they were reimagining the part, and would I like to act again because I hadn't acted in a long time. And I said, okay. I was the guest at somebody else's party, and the hanging out between takes was the fun.

That was a movie that was another surprise. That germinated with me having been given the script to direct. I said, I'm not the right guy for this, but the producer, somehow thought of me, after everything was underway, to play the part of the studio head, Terry Semel, the actual head of Warner Brothers, and they named him Terry in the movie, too. That's an example of a script that I didn't imagine in my wildest imagination could be as entertaining and as excellent as it was. That was a great example of how a great movie is the accidental marriage of a director and a script, and it's rarely planned. It's an example of how ubiquitous serendipity is in the origins of a movie.

Some crazy person thought, ‘Tony’d be great for this.’ I didn't get it as a script. I didn't get it as a movie that I saw. It was just outside my frame of personal interest or personal relation to the subject, but again it was fun to do. For me, every, every filmmaking experience is kind of a lesson in film school.

Crazy People was fun. That was another example of something happening when you are least prepared or expecting it. I got a call from the head of Paramount to say, ‘We have a movie that's shooting in West Virginia. And we're replacing the director. Can you go to work tomorrow?’ It was a yes or no question. You couldn't say ‘yeah but, yeah but…’ They were also replacing the lead actor, which is how Dudley [Moore] came into play. And so, I said okay. That was that and I got on a plane the next day. It was kind of an odd beat movie. Underneath, it was a very serious subject, which is: what role does advertising play and what would happen if advertising told the truth? It's kind of funny, as well as serious.

(Bill and Moore co-owned a restaurant, 72 Market Street Oyster Bar and Grill, from the mid-80s to 2000. “He was a world class pianist,” Bill said of Moore. “So, I called him up one day. I said, ‘Dudley, you need a place to play the piano. And I need a place to eat. So how about I buy this place, and we do a restaurant together?’”)

Untamed Heart was another first-time script that I read. I got the script and showed it to Helen and said, you know, this is really special. She read it and she loved it. So, we

optioned the script and brought it to Alan Ladd, Jr., who was the head of MGM at the time. He read it over the weekend, called us on Monday and said we're making the movie. It was at the time called The Baboon Heart, which was a great title.

The casting of it started off with Helen and I saying, we have an actor that we want to star in the movie, because it's a romance, it's a simple story about a waitress and a busboy. I said, there's an actor who is an unknown actor. He's not well known, but I think he would be great starring in this movie. His name is Brad Pitt, and the studio said, ‘No, we don't think he's starring material.’ Finally, we ended up with Christian Slater and Marissa Tomei. Marissa was virtually unknown at the time, and we made it work. It changed Christian’s career.