VENICE- A newly elected Venice Neighborhood Council will be in the driver's seat after being sworn in Tuesday. Tonight is the first council meeting for 13 at-large community officers and seven executive officers who were elected in June.

Two important motions that will be voted on include the enforcement of crimes in or near homeless encampments. The motion states that the VNC and Westside Regional Alliance Commission (WRAC) calls on the Los Angeles City Council and Mayor Eric Garcetti to direct the Los Angeles Police Department and other relevant law enforcement agencies to enforce all existing, enforceable laws prohibiting the sale and distribution of illegal drugs, human trafficking, and other serious crimes taking place in or near homeless encampments in Venice and more broadly on the Westside of Los Angeles.

A second motion on tonight's agenda calls for the VNC to requests that  Councilmember Mike Bonin, the LA City Council and the LA City Planning Dept provide its plans to Venice and all other Neighborhood Councils throughout LA as to how, when and where it proposes to provide the supply and location of permanent housing necessary to meet the demand required to deal with the housing shortage. The motion was unanimously passed at the last homeless committee.

Also tonight, there will be an appointment of a board parliamentarian and open nominations for chairs of standing committees (Arts, Ocean Front Walk, Rules & Selections).

Nominations are open for stakeholders who wish to be selected to the Land Use and Planning and Neighborhood Committees. You can complete an online application and return it to the secretary prior to the August AdCom meeting on August 9.

Tonight's board agenda is as follows: 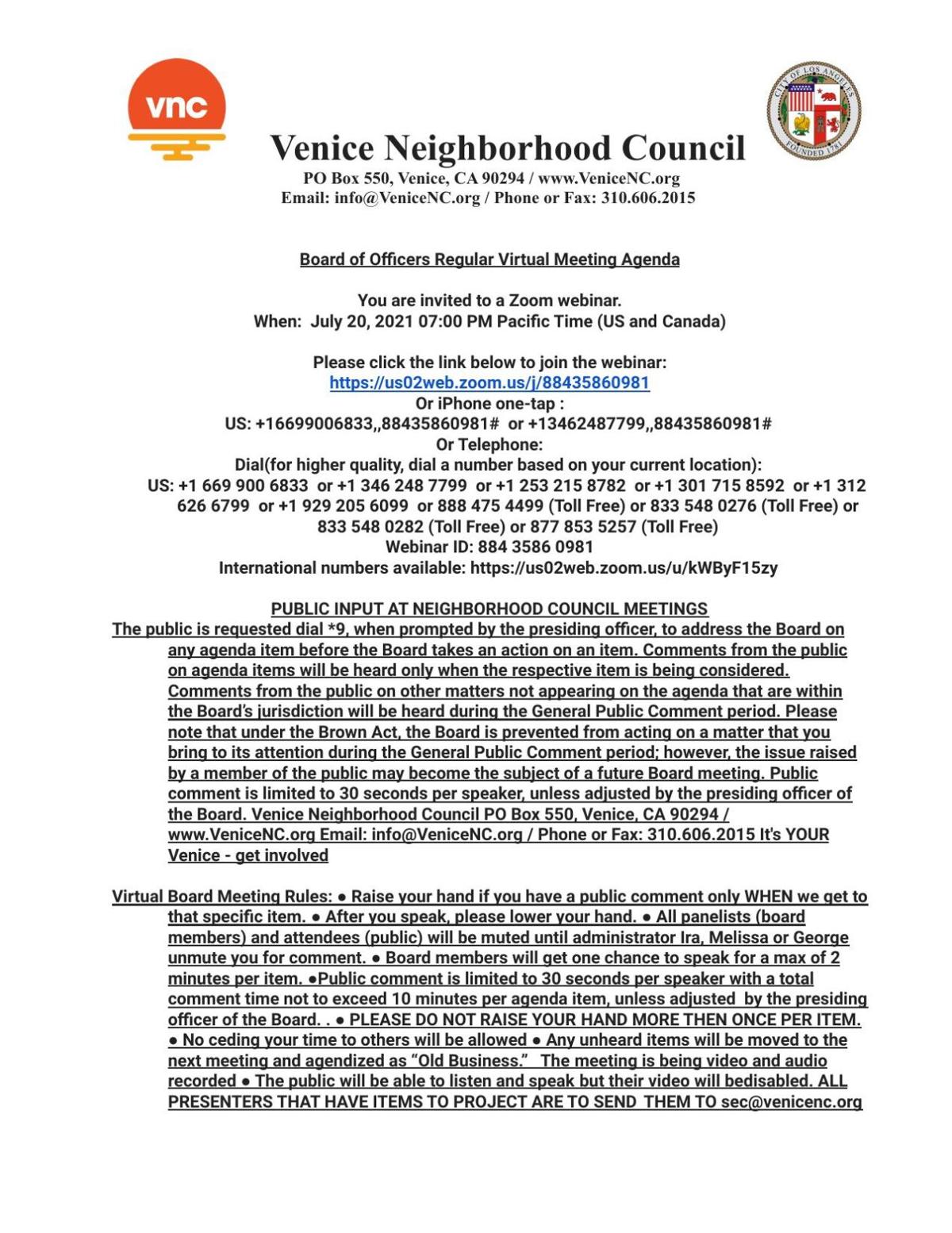