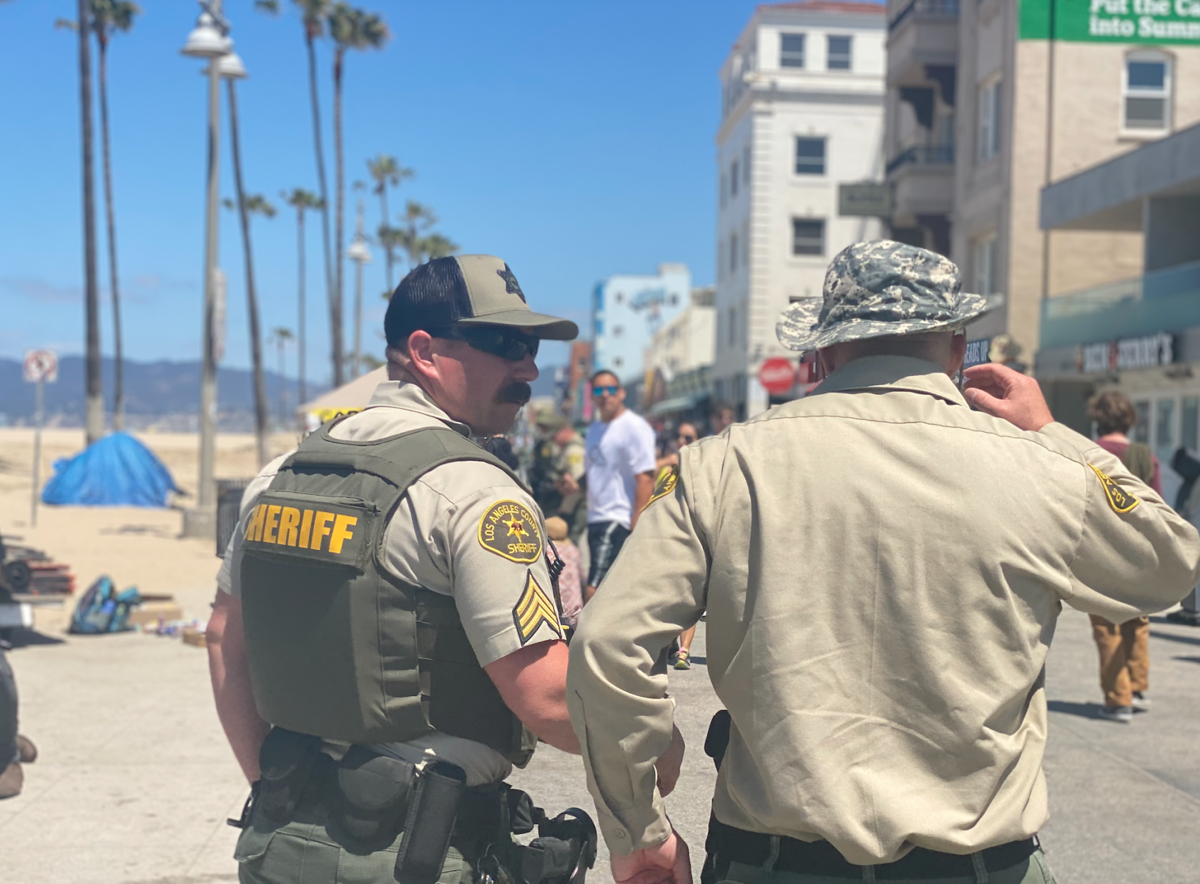 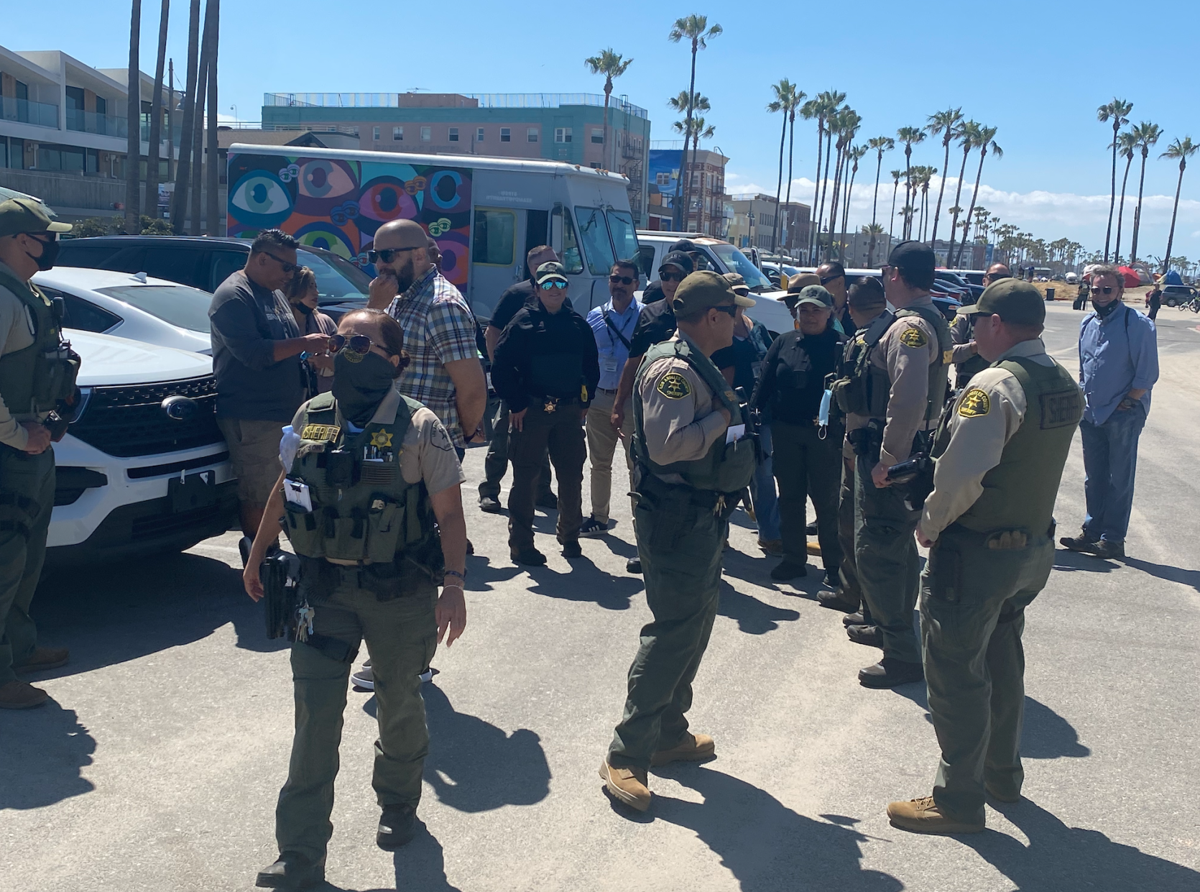 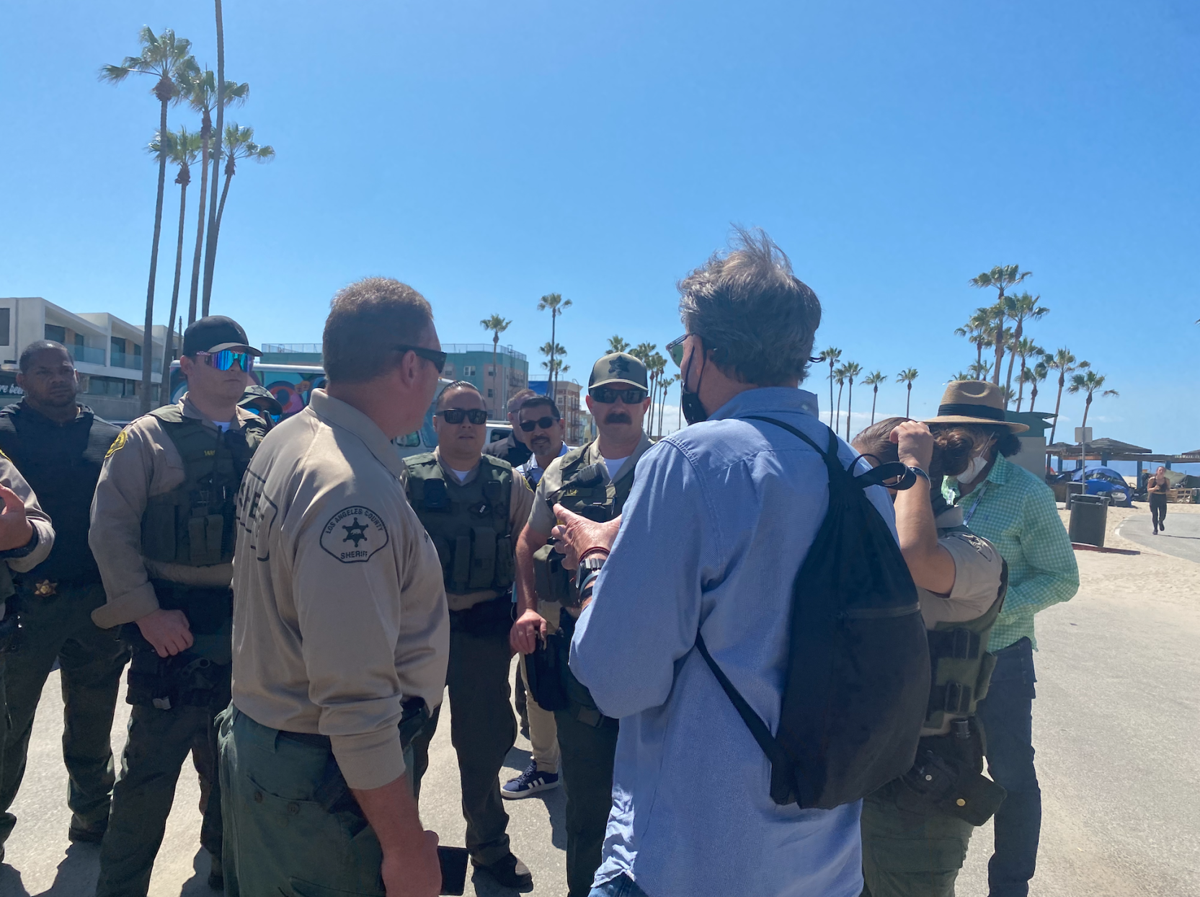 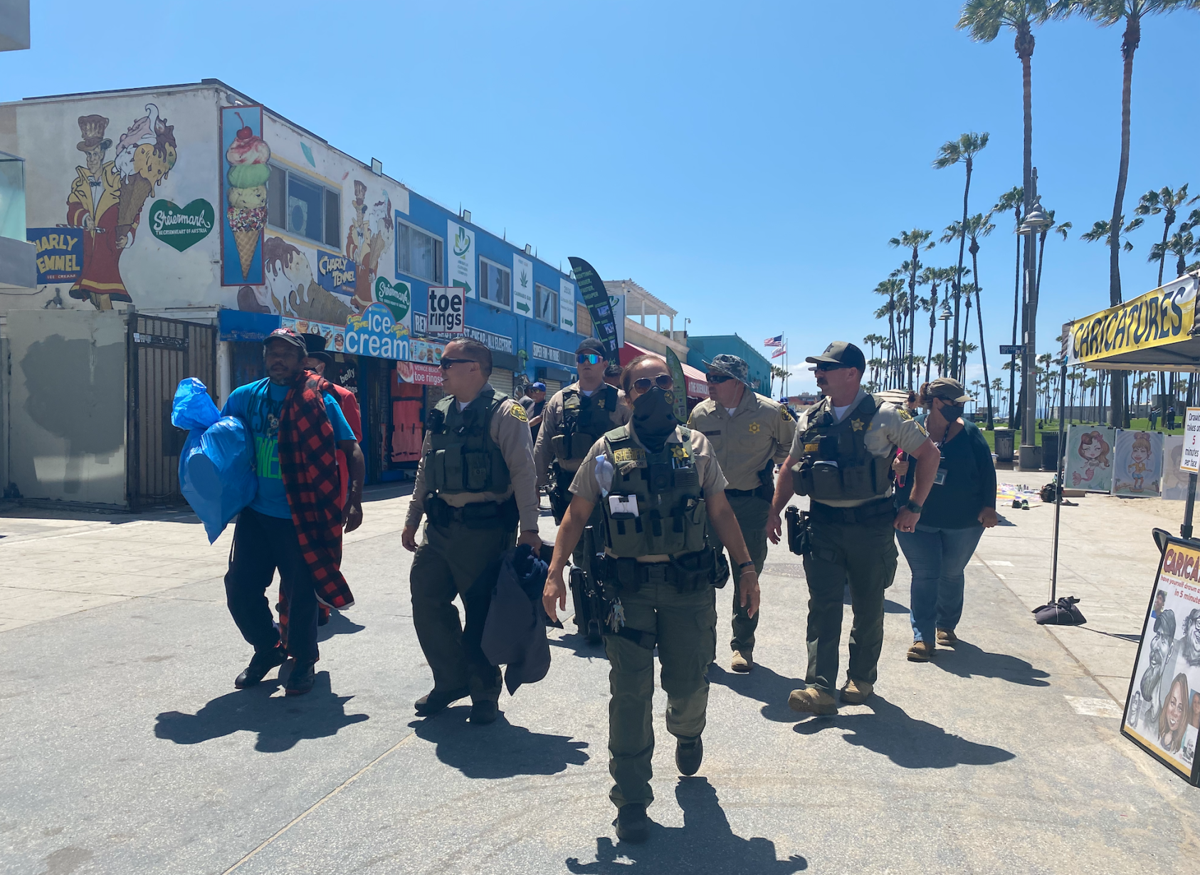 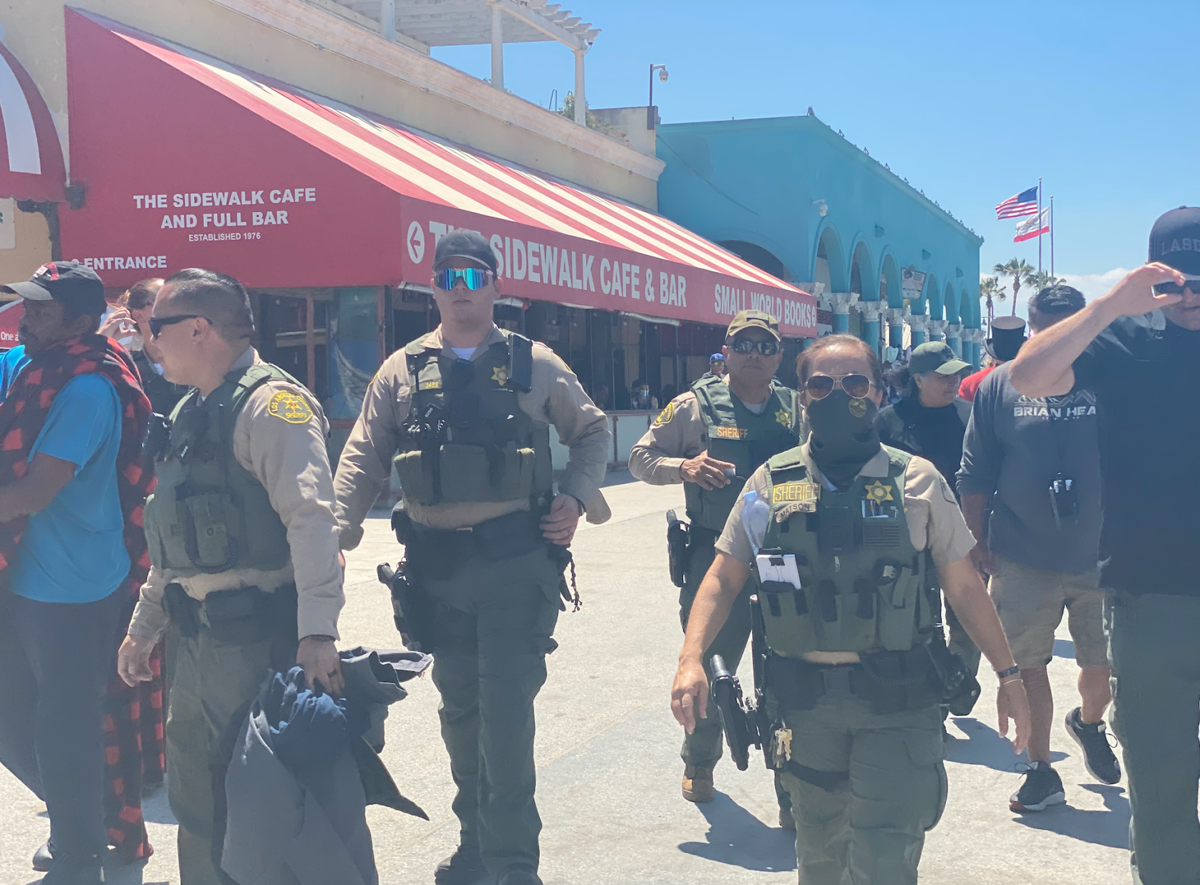 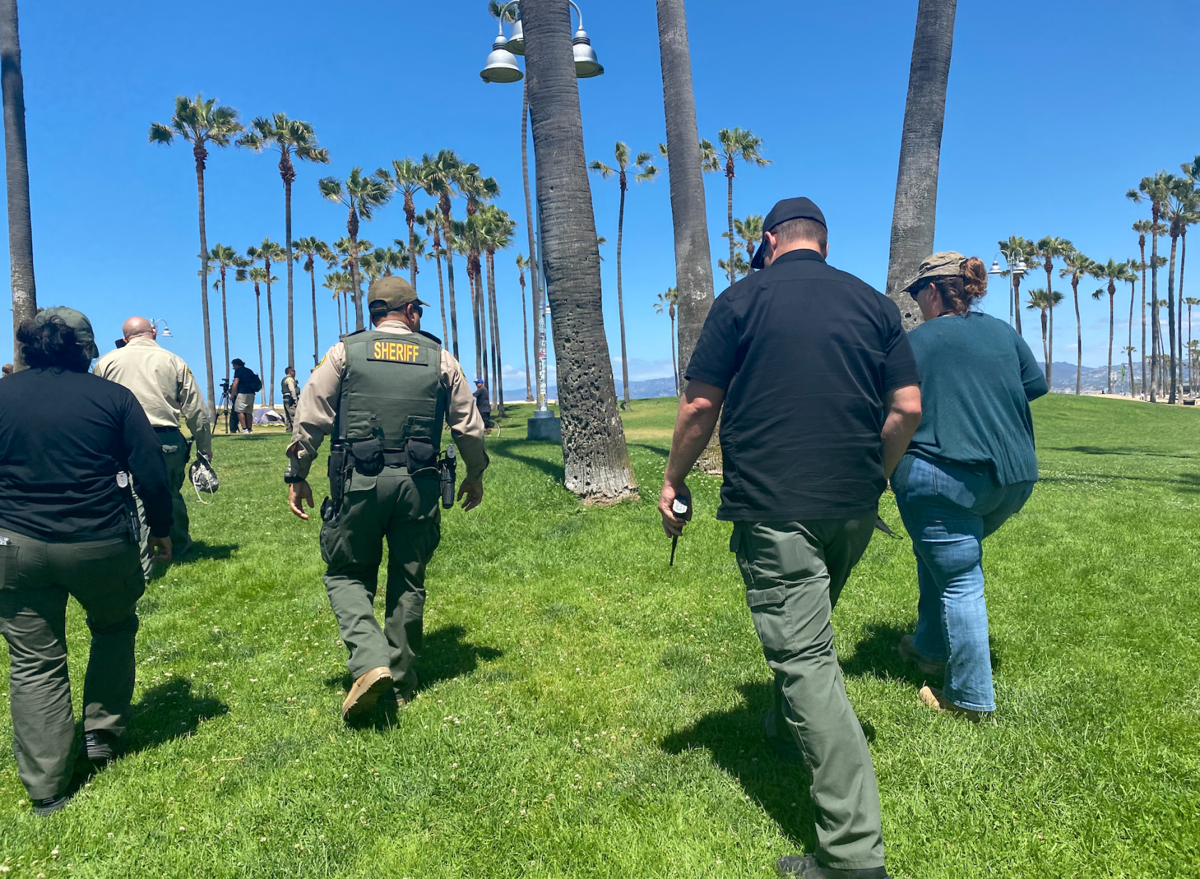 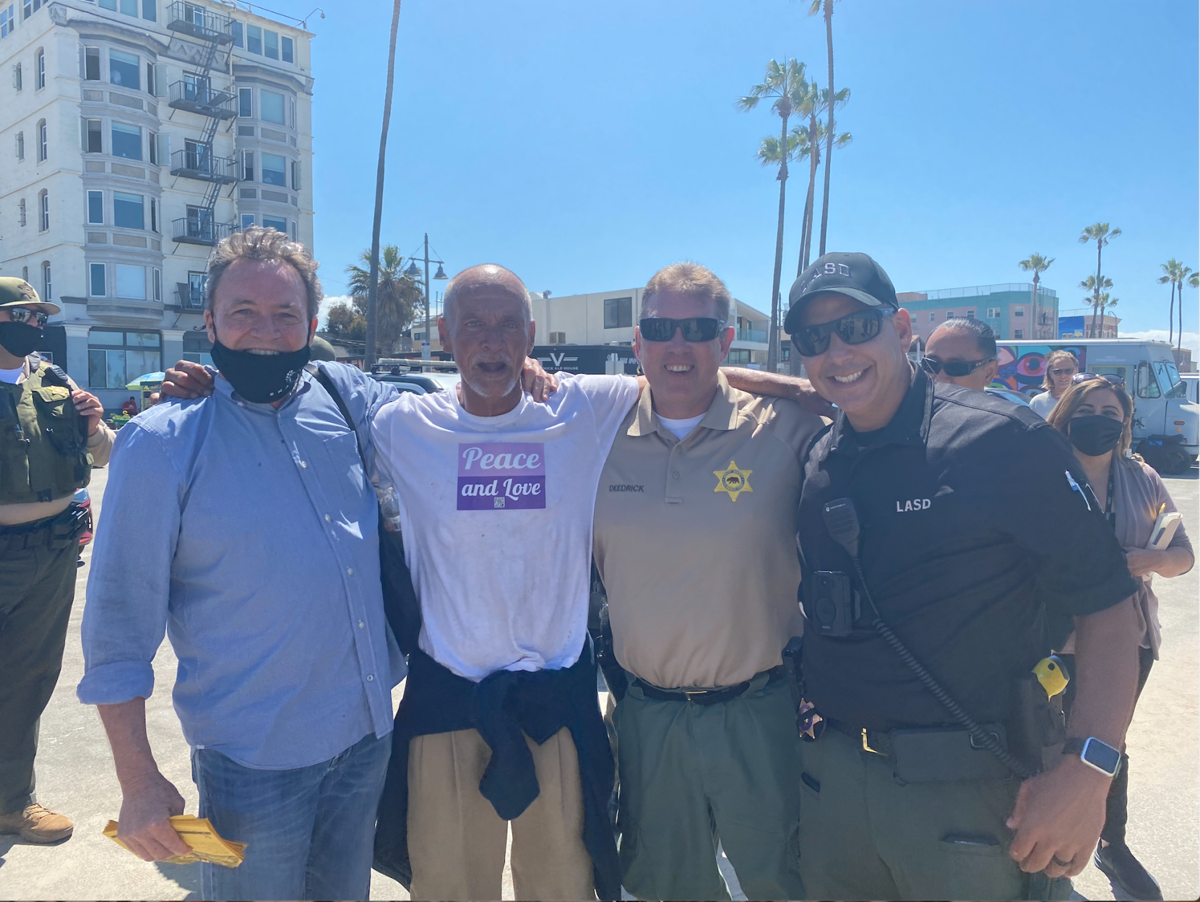 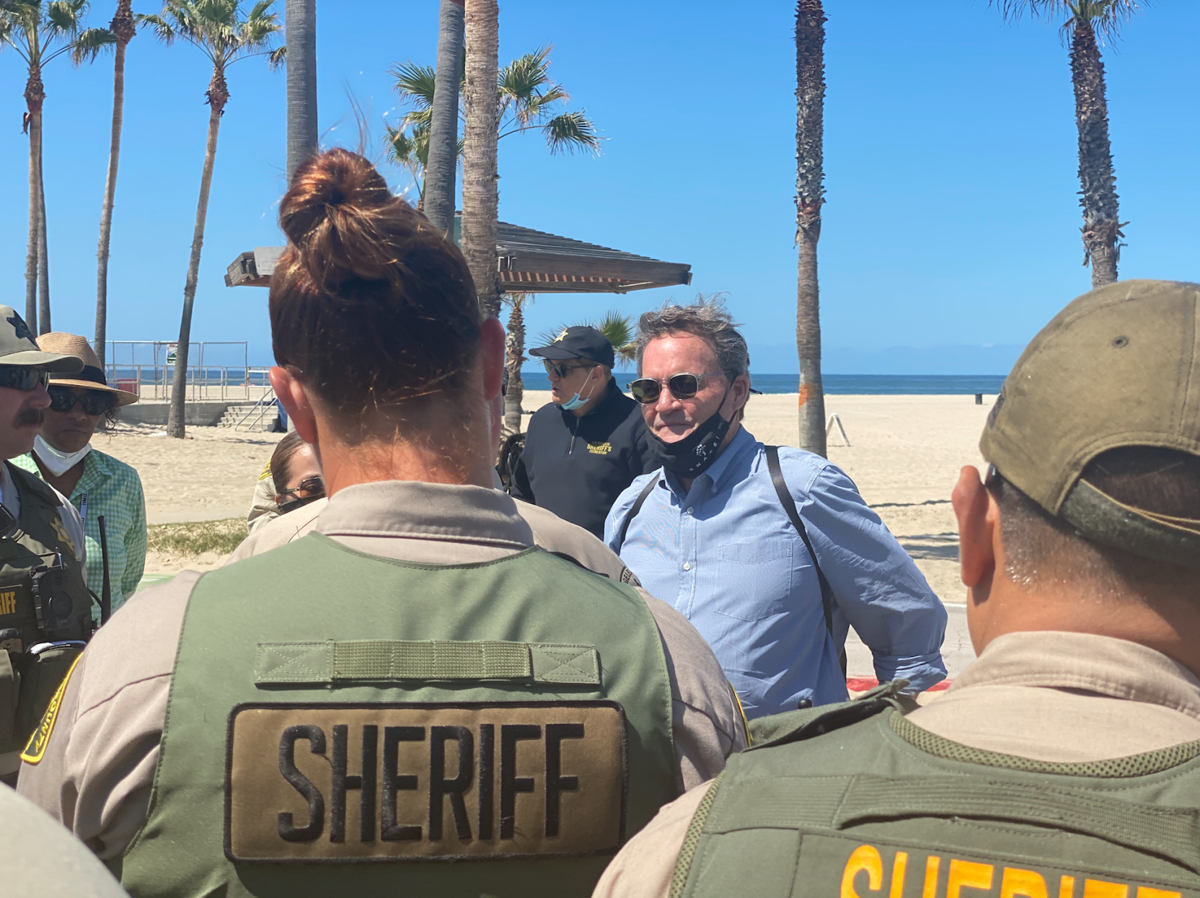 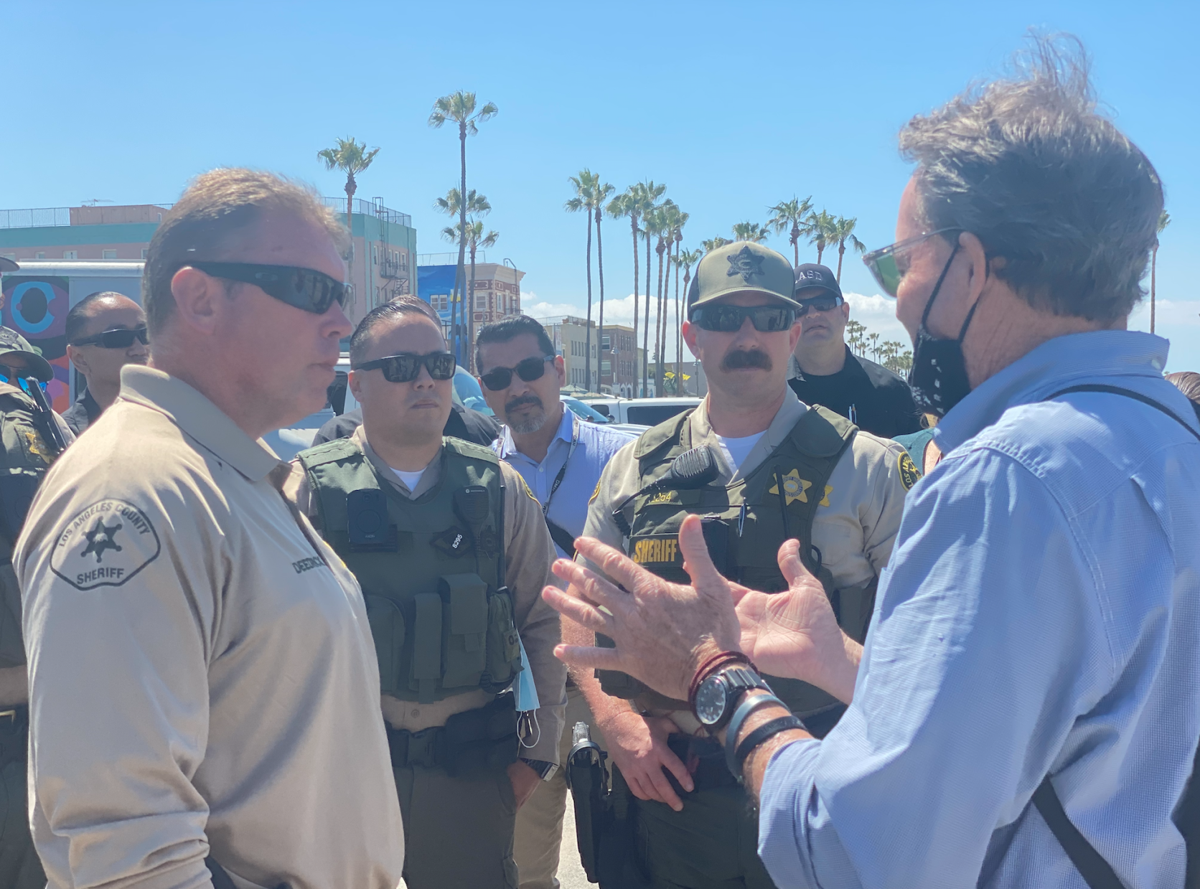 According to early reports, at least six people were housed on Tuesday,  including Robert, the veteran who has lived near the Rose Avenue parking lot for more than three years. Another veteran, Michael, was also getting help.

According to Brian Ulf, the president of SHARE! housing, a collaborative housing organization that uses peer services to help homeless individual get off the street,  four people were placed through his program.

The growing political battle over homelessness on Venice Beach escalated today, with Councilman Mike Bonin lashing out at Sheriff Alex Villanueva's plan to dispatch deputies to Ocean Front Walk -- outside his agency's jurisdiction -- to meet with the homeless and begin an effort to clear the encampment.

Bonin shot back in a lengthy Twitter storm Tuesday morning, accusing Villanueva of exploiting the homelessness problem for personal political gain, and deeming him a ``roadblock'' to progress.

``He didn't call to offer services or housing, which would help,'' Bonin wrote. ``He went on a PR blitz, promising his own notorious brand of justice. To anyone familiar with Villanueva and LASD, that's incredibly ominous. Any involvement from Villanueva is troubling, especially for people concerned with civil rights.''

Bonin went on to detail a series of issues that have plagued Villanueva's administration, including allegations of rampant deputy gangs within the department and ongoing disputes with the county Board of Supervisors and the inspector general overseeing the agency.

The homelessness problem in Venice ``is a serious crisis,'' Bonin wrote. ``We need people interested in solving it, not exploiting it. He is a roadblock to progress. ... Villanueva is exploiting Venice to spread the nefarious lie ... that crime and homelessness are caused by progressives and that the only fix is tougher laws, longer sentences and more prisons.''

Villanueva visited the Venice encampment Monday, saying the visit was``to view the failures of local politicians in regard to the homeless crisis.''

He said the agency's Homeless Outreach Services Team would be dispatched to the beach Tuesday ``assessing Venice in order to triage the crisis and develop an action plan to compassionately offer services while employing common sense in the regulation of public space within Los Angeles County.''

He said he would like to see the Venice Beach encampment cleared by the Fourth of July holiday. He also accused Bonin and Mayor Eric Garcetti of hampering the Los Angeles Police Department in its ability to do its job as it relates to such encampments.

``I'm not going to blame LAPD whatsoever,'' Villanueva said. ``I think they can definitely do the job. They're more than capable, have good leadership. However, if they're hamstrung by politicians that don't want them to do their job. Well, then they're left in a very, very bad situation.''

On Monday, City Councilman and mayoral hopeful Joe Buscaino visited the Venice boardwalk for a campaign event, which was disrupted when a woman was spotted nearby holding a knife. A struggle with police ensued, leaving an LAPD captain with a minor cut.

Buscaino and Bonin sparred during a council meeting last month over Bonin's request for a feasibility study of possibly creating temporary cabins or camping sites for the homeless at various westside parks or beach parking lots. Buscaino dismissed the idea out of hand, and was the sole dissenting vote against the feasibility study. Bonin shot back that he would be willing to explore temporary housing sites for the homeless in Buscaino's council district.