WESTSIDE- The Commission charged with drawing district lines for the Los Angeles City Council released its first set of maps. Five draft maps were released Monday.  The For the most part, all five maps in Council District 11 remain much of the same.

The Los Angeles City Council Redistricting Commission is currently redrawing the district's borders, which happens every 10 years in Los Angeles following the release of the U.S. census. 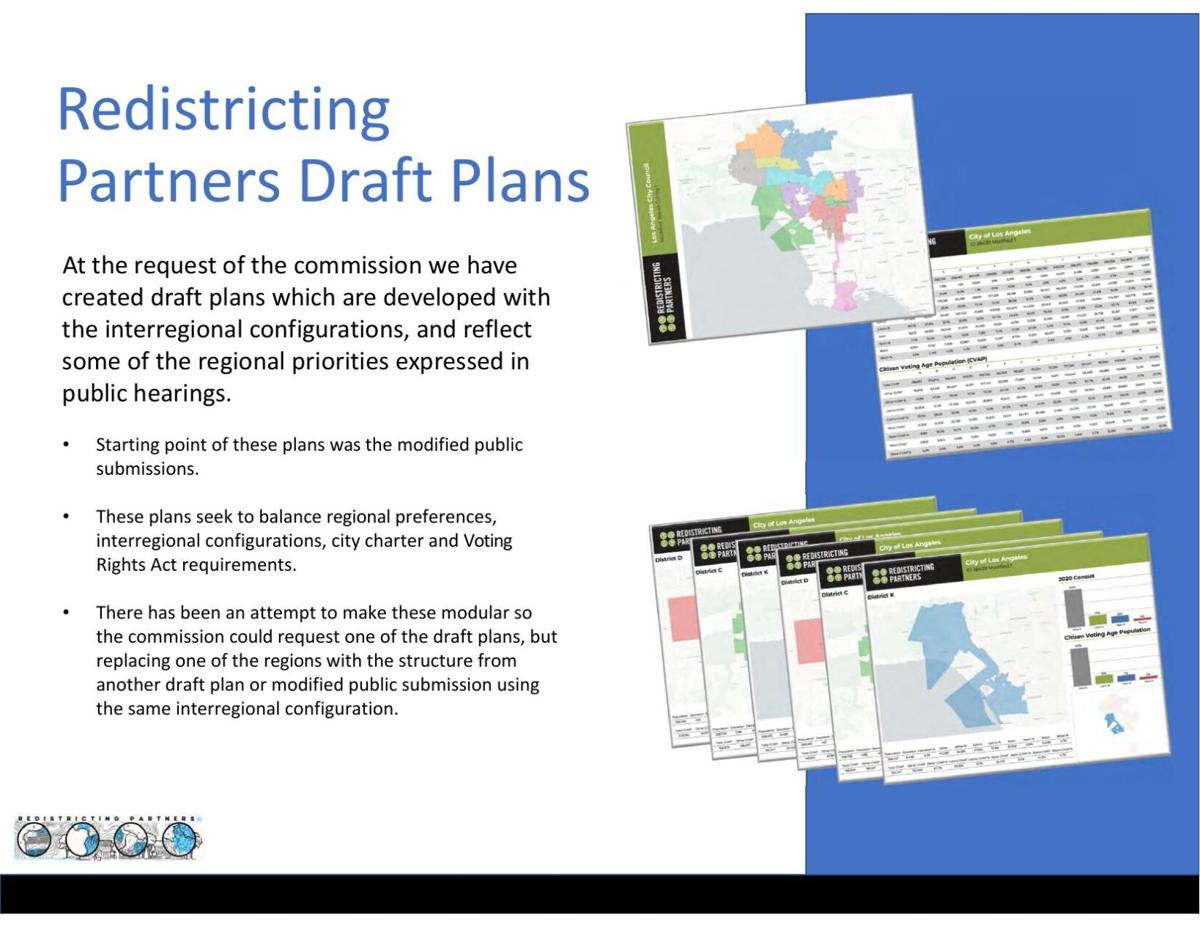 The public was able to weigh in on the maps at a public meeting on Monday--and will have the opportunity to weigh in again tonight. The objective of the Monday and Tuesday meeting is to give direction to Redistricting Partners and Staff for the development of one or more draft City Council district maps that can be presented to the Commission for approval at their September 29 meeting.

The Commission held 17 public meetings before the release of the drafts. At a July public hearing in which CD11 community members were able to weigh in on what they would like to see the district's future look like, a majority of community members emphasized the importance of keeping the coastal communities of the district together. Some community members said social equity should be part of the equation in drawing district lines.

Daffodil Tyminski, Vice President of the Venice Neighborhood Council, told committee members that maintaining the integrity of the coastline is crucial. "There are such unique issues that we face. We work with many departments in a coastal community; splitting this would make it bureaucratically difficult concerning several issues affecting the coastal communities," said Tyminski. "The impact we have with tourism and the beach is unique. We feel as a community we need to stay to together."

"By cutting council districts in half, council members will be much closer to the communities they serve and know those communities more intimately. As a result, residents will compete for less for their elected representative's time," Feuer said in an opinion piece on the online publishing platform Medium.

Feuer also called for the city's redistricting commission to be independent instead of having commissioners chosen by elected officials.

"As we've seen at the state level where this model is followed, with independence comes less interest in issues that have little to do with what matters to voters, like where the incumbent might live," Feuer said.

Public hearings on draft maps will take place on October 6, 9, 13, and 16. The October 9 meeting will focus on Voting Rights Act considerations and will include presentations from external experts. The Commission plans to adopt a final map at their meeting on October 21.