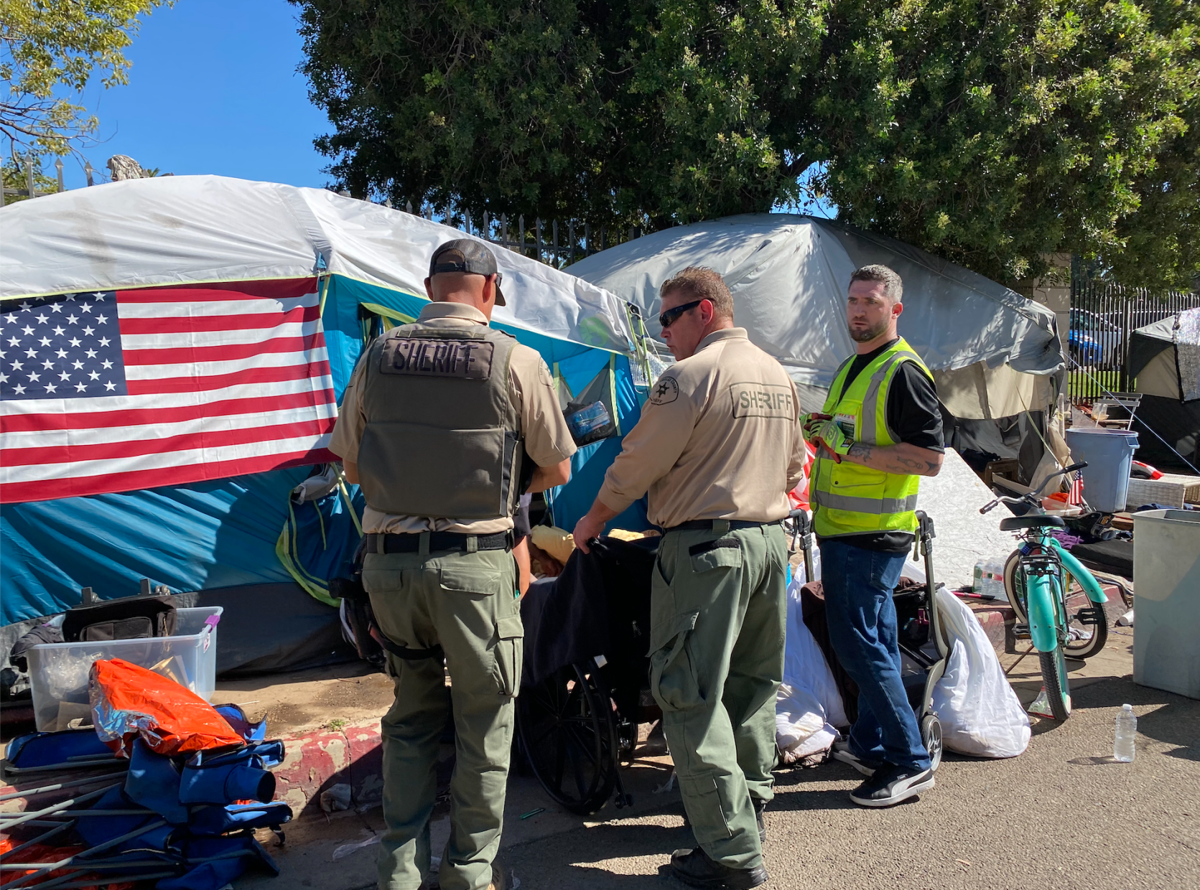 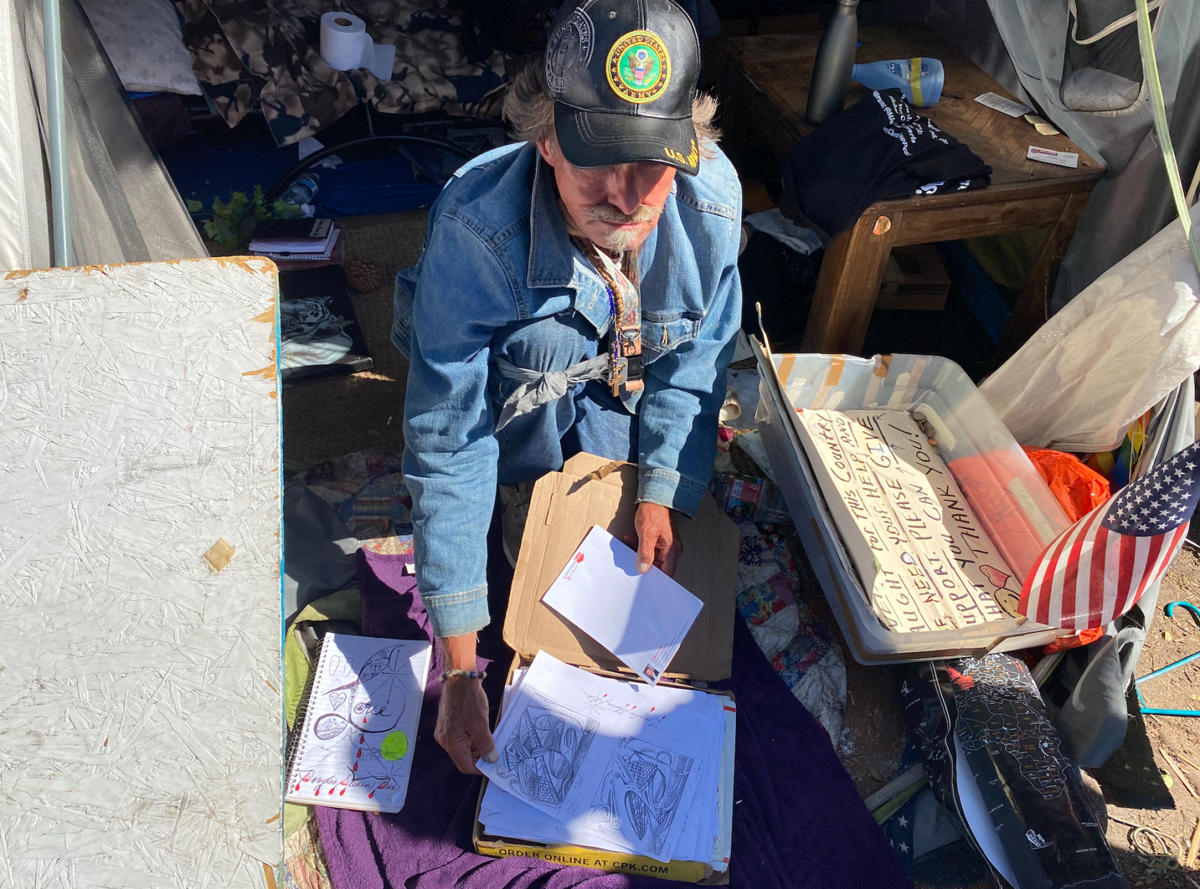 Veterans packing up to relocate

BRENTWOOD- Outreach crews, the Los Angeles Sheriff's Homeless Outreach Team and federal officials worked with residents of a homeless camp on the outskirts of the West Los Angeles VA campus in Brentwood today in hopes of clearing the longtime encampment that has become known as Veterans Row.

U.S. Veterans Affairs Secretary Denis McDonough recently toured the encampment, and last month he vowed to find temporary housing for about three dozen homeless veterans who have been living in the encampment, while also saying hundreds more homeless vets would be given shelter by year's end.

At least one resident of the encampment told KNX Newsradio that he was looking forward to moving onto the VA campus into sturdier structures that include running water. Homeless in the new facilities will also be provided with meals.

It was unclear exactly how many people were residing in the encampment, which has been in place for about two years, or how long it would take to complete the relocation effort. A small section of the encampment had already been dismantled by mid-morning Monday, with crews also working to pick up trash that had accumulated on the sidewalk.

McDonough said the VA had deployed a team to meet with the vets living in the encampment and get them into housing. He also indicated the VA would work to provide housing for another 500 veterans in the Los Angeles area by the end of the year.

His announcement last month was met with praise from local elected officials. ``I'm pleased that, following his visit to the West L.A. VA (in October), Secretary McDonough is taking concrete steps to address veteran homelessness in Los Angeles,'' said Rep. Ted Lieu, D-Torrance. ``During the visit, I urged the secretary to prioritize veteran homelessness at the agency, and specifically to focus on Southern California. He reaffirmed his and the Biden Administration's commitment to this effort and today's announcement reflects that.''